Last night the Arclight in Hollywood was quite busy. With 2 different screenings occurring along with their normal theater showtimes, "Suffragette" was, hands-down, the most popular. It was announced earlier that Meryl Streep was to do a Q&A that evening along with Carey Mulligan. However, due to reasons unknown, Ms. Streep was unable to attend and it was just the lovely Ms. Mulligan who answered questions for the audience. The line was truly very, very long. So long that as it went past a sushi restaurant, my friend and I couldn't help but notice its Happy Hour. But not tonight.

The movie in itself was quite interesting. In American History, we have focused so much on the time period of slaves that we have brushed the other minority class aside: women. This film highlights the feminist movement in Britain before World War I. Amazing performances by Carey Mulligan, Helena Bonham Carter, Brendan Gleeson, Ben Whishaw, and child actor Adam Michael Dodd.

Afterwards, the Q&A with Carey Mulligan was a treat for the audience. Not only was Ms. Mulligan looking amazing 5 weeks after giving birth, she told us a true story re: Meryl Streep and her character. 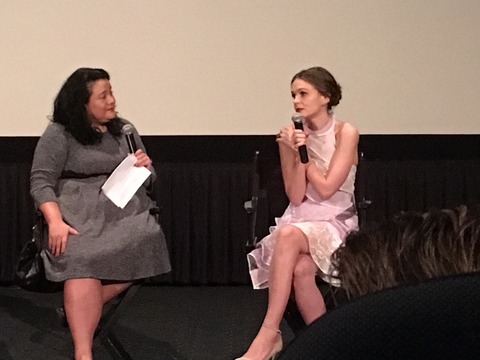 (No spoilers) Apparently, the scene that Streep's character addresses the audience, none of the extras knew that Streep herself would be the one coming out through the doors. Therefore, when she does make her entrance, the audience's reaction is VERY, VERY REAL. In Mulligan's words, "It wasn't acting; it was REACTING."

For a thought-provoking movie on the hardships of what women had to endure to attain equal voting rights as men, please go check this movie out. I sense a feminist movement will be on Hollywood's mind for awhile now. (^_^)

And of course, this screening being hosted by the Arclight meant its trademark wardrobe display was present and the one for "Suffragette" was done quite well. 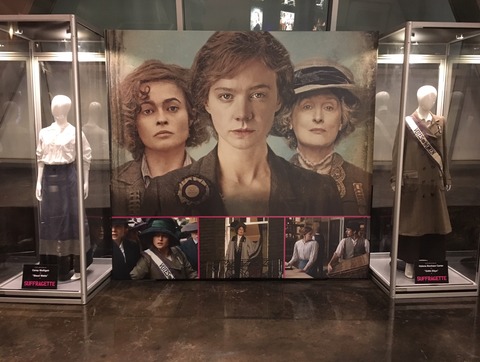